Punjab, India – A collage of four men wearing turbans hangs on a wall in Gurmej Kaur’s village home, in the Punjabi district of Gurdaspur.

At 80, she carefully stepped up on a bed, brought the frame down, and cleaned her glasses with her white headscarf.

“The man with the white beard is my husband. The three young men are my children,” she said.

“They were all killed by the police and security forces in fake encounters and labelled as Khalistan militants.”

In 1980s Punjab, the heartland of India’s Sikh minority, there were heightened calls for a separate Sikh homeland in the northern Indian state.

Known as the Khalistan movement, the armed bid for greater autonomy led to violence.

In June 1984, the government sent troops to the Golden Temple in Amritsar, targeting religious leader Jarnail Singh Bhindranwale and other Khalistan fighters.

Hundreds of people, including Bhindranwale, were killed in “Operation Blue Star“. 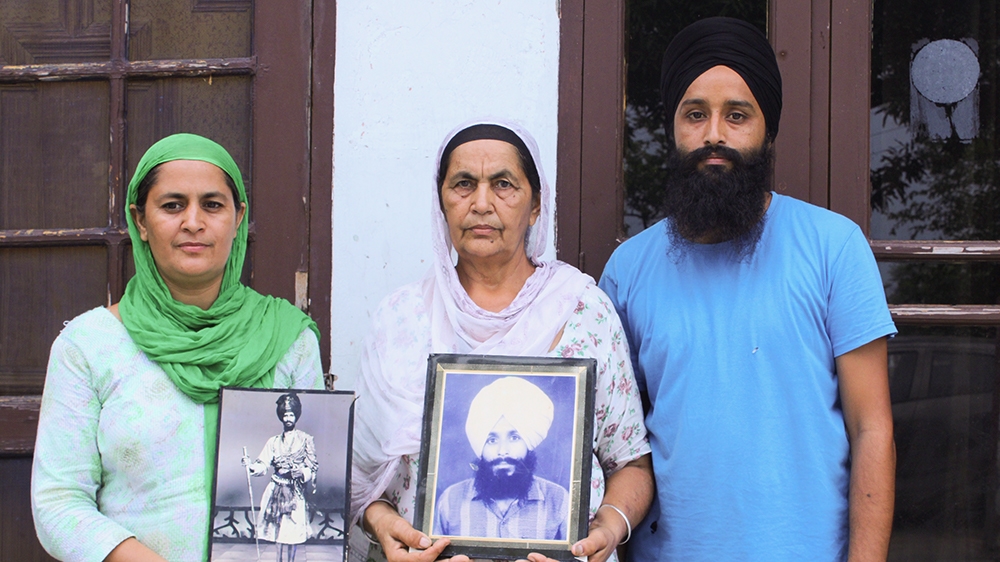 Months later, then-Prime Minister Indira Gandhi was assassinated by two of her Sikh bodyguards – an event which led to anti-Sikh riots in which thousands were killed.

“It was a common phenomenon in Punjab then. Civilians were abducted, taken into illegal custody and tortured,” said Gurmeet Kaur, Gurmej’s daughter.

Justice has been denied to these families because no government had the political will. It was a state policy – otherwise, how can police or a security officer get away with such crimes?

MOHKAM SINGH, A LEADER OF THE UNITED AKALI DAL PARTY

Police claimed they had recovered a gun from Sukhdev and accused him in a murder case in Amritsar, which the family denies.

The child spent seven months in jail before a court acquitted him.

He rejoined his school and the family was relieved, but Gurmeet said it was the “beginning of the worst time” as police harassment soon resumed.

“Police would beat him, abuse and humiliate him so regularly that he quit studying. He was forced to leave home and live in a rented room,” said Gurmeet.

Police told the family to bring Sukhdev back to the police station, threatening “consequences”, she said.

“Police destroyed our crops several times and damaged our house as well.”

The police reassured the community that he would be released the next morning.

“A week later, we read in a newspaper that Gurdev was shot dead in a police encounter,” said Gurmeet.

Just over a year later, a third son – 21-year-old Hardev Singh – was picked up by police from his student accommodation in Batala town. He was killed on the same day.

Two months passed and Gurmeet went to see her father Sulakhan Singh and brother Sukhdev, the boy who was arrested at 12, at their rented house in Batala.

She saw hundreds of policemen surrounding the house and her father and brother “dragged” out of the building.

“I rushed home to inform my family. Soon, villagers from different villages in tractors went to the senior superintendent’s office and demanded the release of both Sulakhan and Sukhdev.”

However, police told the villagers that they had been killed in an encounter along with two other men.

“We were not even given their bodies. They were cremated secretly,” Gurmeet said.

Al Jazeera’s multiple attempts to seek a response from Punjab officials regarding the Kaur family’s case were unsuccessful.

From 1983 until 1995, during “counter-insurgency” efforts in Punjab, thousands of Sikhs were killed or allegedly went missing.

More than 10 years after the anti-Sikh riots, in 1995, Punjab-based activist Jaswant Singh Khalra filed a petition with the Supreme Court of India claiming police had cremated 25,000 bodies, which they labelled “unidentified” and “unclaimed”.

Later that year, Khalra was abducted and killed by the police.

Simarjeet Kaur, 65, from the Punjabi city of Gurdaspur, is among those still seeking answers.

“There was no inquiry, no compensation given. There was no one we could approach to get justice,” Kaur told Al Jazeera.

“Instead of bodies, police would hand over ashes and tell us not to come to police stations looking for our family members.

“We don’t even know whose ashes were given to us.”

“Justice has been denied to these families because no government had the political will. It was a state policy – otherwise, how can police or a security officer get away with such crimes?” he said.

On July 7, 2019, a Public Interest Litigation (PIL) concerning disappearances and “fake encounters” involving more than 8,527 peoplein Punjab was filed at India’s Supreme Court by a human rights group, the Punjab Documentation and Advocacy Project (PDAP), on behalf of the victims.

Before my death, I want to see the killers of my children and husband punished for their heinous crimes. The Supreme Court is our last hope.

“The victims should be given compensation,” said Satnam Singh Bains, a barrister and activist with PADP.

For some victims’ families, the PIL is their last hope for closure.

Punjab’s Home Secretary Satish Chandra said he was unable to comment on PDAP’s report until the case “comes up in court”.

Back in Gurdaspur, surrounded by friends and her two daughters, Gurmej Kaur said: “Before my death, I want to see the killers of my children and husband punished for their heinous crimes. The Supreme Court is our last hope.” 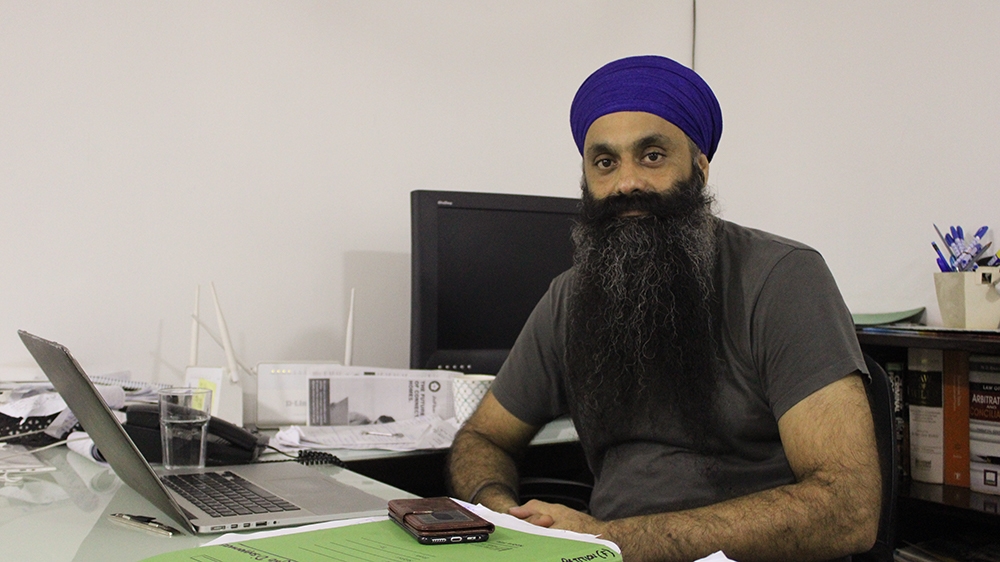 First Hearing on Monday 2 September 2019 at the Supreme Court of Punjab’s...
Scroll to top